Woke up early (6.30am) as I am on gash today. This means that I have to help with cleaning up after everyone has eaten. Everyone has to do it but today it is most annoying as everyone else can get off the ship and explore Signy. Maybe it was a good thing because there was hardly anyone to clean up after.

I got ashore after lunch, but had to remain around base for a few hours as there where no G.A.s (General Assistant- basically field guides) about and no-one would sanction us going off on our own. This is not too bad as Signy is not a bad place to be stuck with an interesting old slipway from when it was a whaling station and loads of whale bone around as well as a few elephant seals. Once the B.C. (Base Commander) got back from a boating trip, we set off up the hill and round to cemetry flats an area with loads of seals. 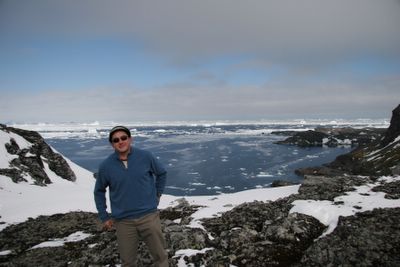 All in all it turned out to be a very good day
Posted by Bigjuli at 6:39 pm