Typical day- Wake up at about 7am since breakfast is 7-7.30. The food is amazing on the ship and I probably eat about 2 kgs of meat a day. So a full cooked breakfast - even had hash browns today. Then have a stroll on deck to see what is going on. Normally there is not that much to see except for lots and lots of sea. Have seen quite a few seals, god knows what they are doing this far from land. We also have some cool sea birds that seem to love following the boat doing acrobatics about the stern of the ship. 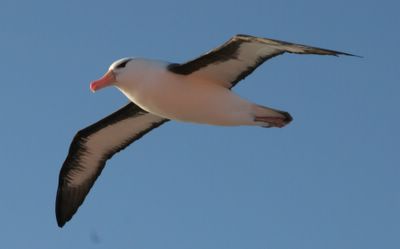 Will maybe have a snooze until lunch (12:10). Then I will do a bit ofwork. Today I helped clean out the bilges of one of the small work boats that the Shack has lashed to its deck. Maybe a bit more strolling around if there is not much to do. Today we also saw our first iceberg which apparently is very unusual as they normally don't make it this far north (maybe it is a sign of global warming). Have dinner (6pm) and then its become a bit of a habit to have a beer on the poop-deck and watch the crazy birds doing their thing.
Sometimes there is a drill such as-abandonning ship or man-overboard.

The Shack has also made many people ill and there have been times when I have decided that it is better to read in bed than stand around and get ill. The gentle swaying also makes you very tired as you are constantly using your muscles to stay upright. I better go now and have a few beers. I am on gash(cleaning duty) tomorrow so have to be up before everyone else. It's also the day for the captains inspection so the ship has to be cleaned out.

We should be arriving in Mare Harbour in the Falklands tomorrow. I think we are supposed anchor in the evening and pull up to the wharf in the morning.
Posted by Bigjuli at 6:32 pm No comments:

A day in Monte

Its notthat I have been particularly busy its just that the ship takes a lotout of you. A quick low down of what is happening: Left London- Flight was good and I watched Cinderella Man, Fantastic Four (J Alba hot) and theHitch hiker's Guide. Arrived Monte at which point a certain person (moi) started causing trouble by being admitted into the country as a tourist when I should have handed in my passport to immigration and got some other stamp. Cue lots of s**t hitting fan. All sorted out by friendly agent WalterPascuali. Settled down on ship (The RRS Ernest Shackleton).

Then head into town for a few beers and steak. Amazing steak and a litre of beer cost less that 2 quids. Left Monte next morning and since then have been making our way down the coast of S. America heading to the Falklands.
Posted by Bigjuli at 5:54 pm No comments: 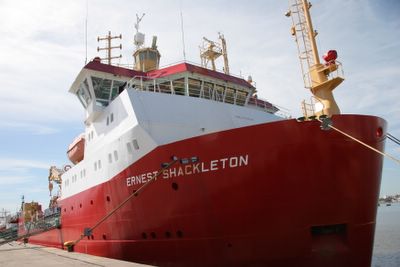 First View of the Shack (Current Position) in Monte