Midwinter - Sorry I am so rubbish/lazy

So I haven't been the best blogger recently. And this is even after I had promised to be better. Well here is a little update. I have been busy. Before midwinter there was a massive effort to make the midwinter presents. In the middle of this the instruments have been playing up. But that is the challenge of living here. You get an amazing environment and at the same time opportunities to make loads of things with the guidance of the various tradesmen here. 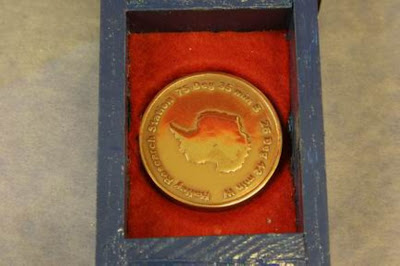 One of the things that we made was a 50th birthday present for the base commander. This was a brass coin etched to commemorate the occasion. 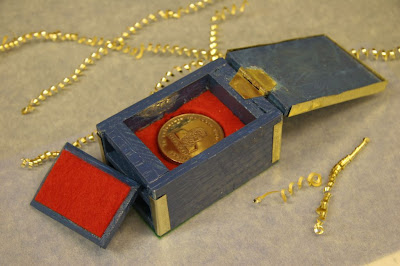 As you can see it fits nicely in a miniture sledge box. 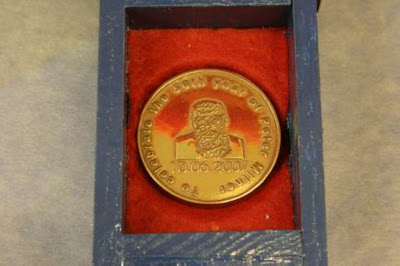 We even managed to etch a likeness of his face into the face of the coin.

As usual we had our midwinter photo competition. These are the photos that I entered: 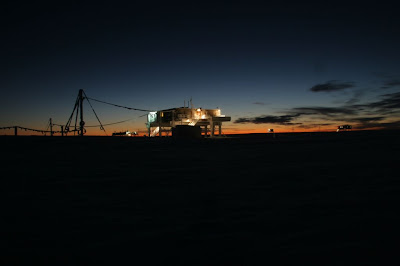 This was the environment one and shows the whole base. The nearest building is the Piggott. 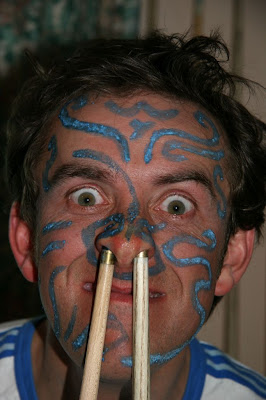 This was my people photo. It is of Rich, one of the steelies during the summer. As you can see he was a little mad. 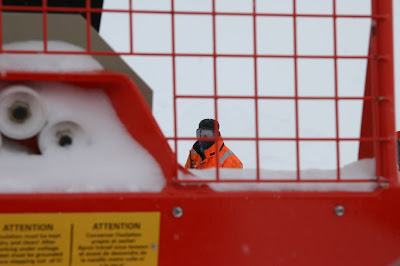 This one is of Mat the vehicle mech who was operating the Nodwell crane whilst Chris and I were in the basket fixing the Share Antennae. 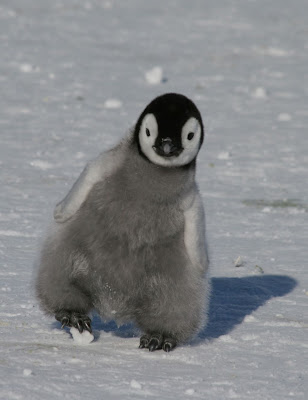 This was my wildlife photo and is I think my favorite penguin. He kind of looks like he is just about to kick a small football of snow to me.

Midwinter hit suddenly and the mad rush to finish the presents was just as horrible as last year. You might have thought that I should ahve known better being a 2nd year winterer but I didn't. Others on base were just as bad. We had a lovely week off as well but it wasn't that much of a week off. When we have time off here someone immediately organises something. This year we had a biathlon (x-country skiing and throwing snowballs), photo competition as mentioned earlier, a murder mystery night, a film day, a pool competion and a crazy golf day. The crazy golf was amazing with everyone building holes and clubs and then spending a few hours putting.

Of course the high light of the week was the midwinter day itself. The usual naked run around the base and massive meal topped with an enormous meal and the giving of presents. The presents this year were if anything more amazing than last year. 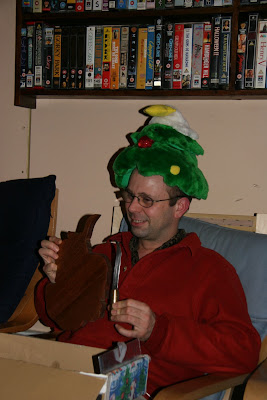 Andy receives his cheese board and knife made by Dave. 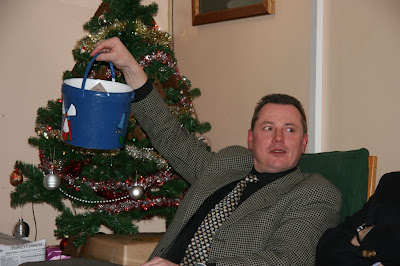 Mark was not happy with his bucket. 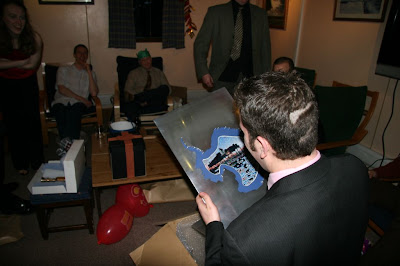 Dean was amazed with his present from Ant. 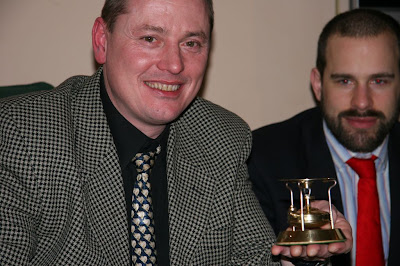 Mark finally gets his proper present. A miniture primus stove from Andy. 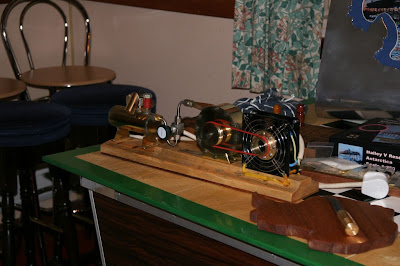 My present was a tesla turbine made from broken hard disks and powered by steam. I gave it to Mat and he decided never to fire it up because it looked so good. I think he was just scared that it would blow up. 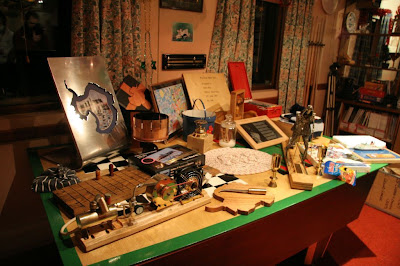 The pool table showing all the amazing presents.

Other presents of note were: Kirsty's brass model of the laws for Tamsin, Mats sculpture of a man skiing for Richard and Alex's poem for Brian.

Since midwinter we have been back working hard. 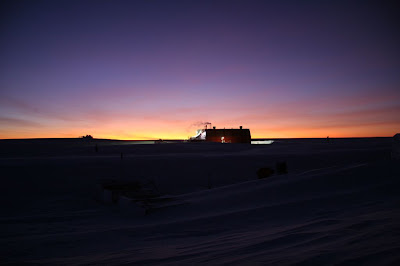 The light is coming back and its lovely. 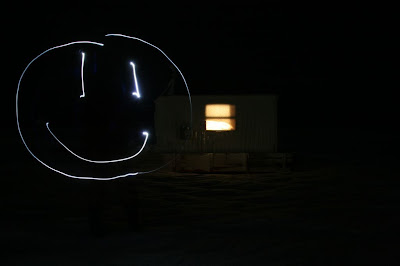 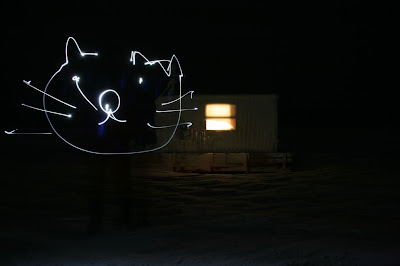 The girls spent a night at Wonky and did some light writing.